The healthy ingredient to introduce today is bean sprouts. Bean sprouts are ingredients grown by sprouting soybeans. Let’s learn about bean sprouts that are used in many dishes such as soup, seasoned-vegetables, stir-fried food, and bean sprout rice. 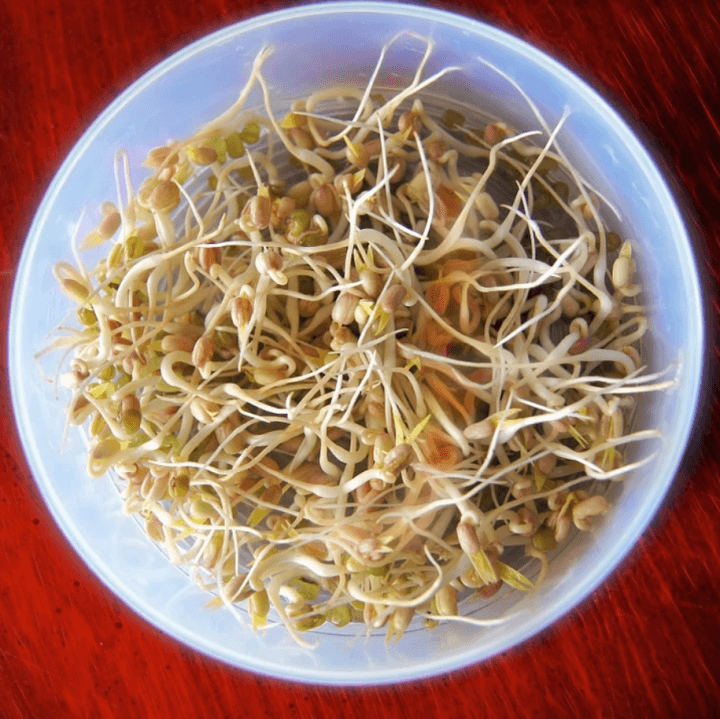 Nutrition and Efficacy of Bean Sprouts

Then let’s find out about the nutrition and efficacy of bean sprouts. Bean sprouts grow by germinating beans in the dark, which makes them fragrant and nutritious. Protein content is slightly reduced than beans, but fiber increases and vitamins and amino acid compounds become abundant. In particular, bean sprouts produce vitamin C, which was not present when they were beans, and have long been a valuable source of vitamins in winter when vegetables are precious.

The part that contains the most asparaginic acid is the small roots of bean sprouts, so it is recommended not to trim the small roots when cooking bean sprouts for the purpose of relieving hangovers. In oriental medicine, undergrown bean sprouts are dried to control swelling and muscle pain and used as a medicine to remove heat in the stomach. It is also effective in preventing low blood pressure and endemic diseases.

Bean sprouts should be chosen with moderately plump, yellow, and no black spots on their heads and stems. It is recommended to be careful because bean sprouts, which are too plump or have no fine roots, may have used a lot of growth promoters. It’s also a good idea not to buy bean sprouts with stems that are soft or or that smell of rotten food or medication. Bean sprouts with bluish bean heads are highly exposed to sunlight and may be toxic, and black-spotted bean sprouts are likely to be damaged and should be avoided as much as possible.

Beans should be washed well in clear water to remove the skin and dullness of the beans. Bean sprouts should be washed well in clear water to remove bean skins and crushed areas. Simply remove and use the head or tail depending on how you cook or use it. When boiling bean sprouts, they must be boiled with the lid open to avoid stink. Bean sprouts are best used for cooking immediately after purchase, and when refrigerated, they can be sealed with a black bag and stored in the fridge in a fresh room to block light. Or put bean sprouts in an airtight container, add enough water to submerge the bean sprouts, and store for fresher storage. Of course, however, it is best to consume it as soon as possible.