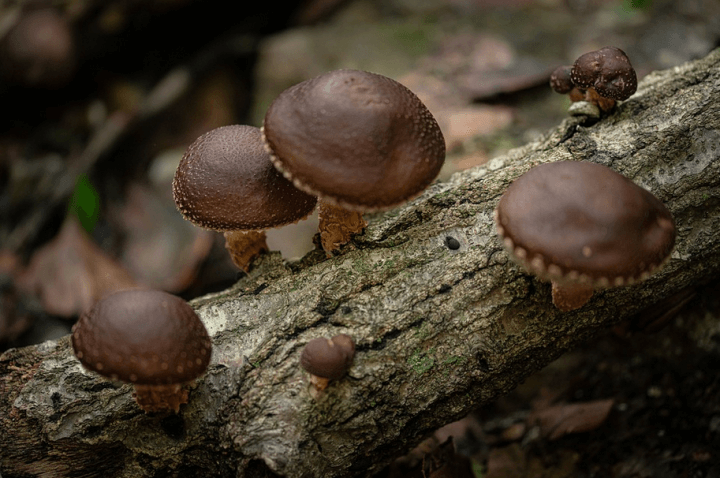 Shiitake mushrooms grow parasitic on dead trees such as chestnut and oak trees. In particular, mushrooms are commonly eaten in Korea, China, and Japan, and some grow naturally, but most of them are grown and used by human. Unlike other mushrooms, shiitake mushrooms produce amino acids during drying, which increases their marketability.

It also contains a lot of fiber, which helps prevent colorectal cancer, is effective in preventing constipation and diabetes, and prevents obesity and lowers blood pressure. In addition, shiitake mushrooms have been proven to contain ingredients to prevent influenza virus infection, so there is a record of drinking tea since ancient times to prevent colds. It is said that drinking shiitake mushrooms tea is also good for kidney disease and gallstones.

When choosing shiitake mushrooms, you should look at the size and thickness of the cap and distinguish them. It is considered good that the cap is not bloomed, the thick one, and the low moisture content. Since the harvest before the cap widely opens is considered the best product, if you choose that the cap is clear and non-wrinkled among the ones that are not widely opened, the raw shiitake mushroom, that is consistent in size and more than 1.5cm thick is considered good.

The white cap is better because the black cap means there are many cases of wounds. If you soak dried shiitake mushrooms in water to soften them again, they have high delicious ingredients, so use them as broth. The broth also has the scent of soil, so wash the raw shiitake mushrooms lightly under running water or wipe them with a wet towel to prevent damage to the inside. When you soak dried shiitake mushrooms in water and use them, instead of boiling them for too long, you can soak them faster if you put a little sugar in water and the savory ingredients do not run away.

When storing shiitake mushrooms, seal them as much as possible to maintain moisture. It can be refrigerated for about 3 days, but it is recommended to store it in small portions when storing longer than that.