The healthy ingredient to introduce today is bell pepper, also known as pimento. Bell peppers are vegetables with high vitamin content enough to be called a repository of vitamins. Let’s learn about bell peppers that are good for fatigue recovery and skin care. 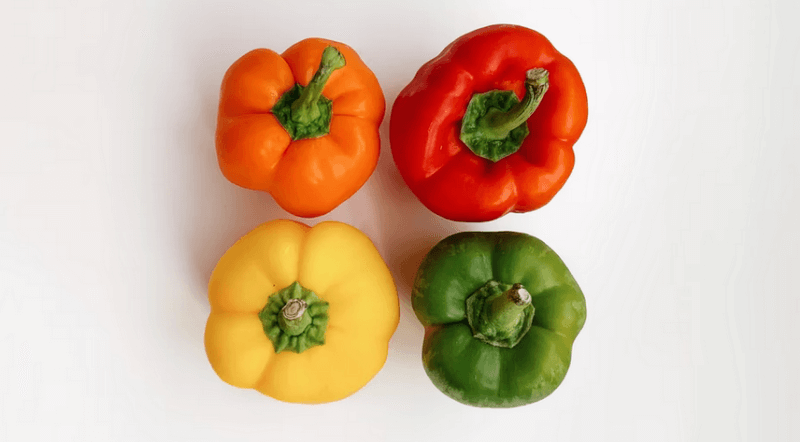 Bell peppers are actually vegetables created by improving the variety of peppers and eliminating the spicy taste. It is usually a round cylindrical shape, but the overall shape is like a thick pepper. It’s originally green like a pepper, but when it’s fully cooked, it turns red. They are harvested when they are green or hard-boiled in red. Paprika is a vegetable similar to bell peppers.

Then let’s look at the effects and efficacy of bell peppers. Bell peppers are particularly rich in vitamins A and C. It is also characterized by the fact that the tissue is solid and vitamins are not easily destroyed.

In particular, red bell peppers have a high vitamin content, and 100g can contain half of the daily recommended amount of vitamin A for adults and three times the daily recommended amount of vitamin C for adults. Vitamin A plays a role in boosting immunity and helps release cholesterol from the body to prevent vascular diseases. Vitamin C has an excellent effect on fatigue recovery and skin care.

Vitamin A is an fat-soluble vitamin that increases absorption when consumed with oil, so when you choose a recipe that is best for nutritional intake, you should choose the one that has a thick and glossy skin because the stem is fresh.

How to Pick Fresh Bell Peppers

It is recommended that the color is not spotty and is glossy in dark green, and it softens from the top when it goes bad, so you should make sure that the top is fresh and not soft. Also, the skin should not be too thick and the less band is a good bell pepper. If the body is not solid, it is better to avoid it because it is harvested past the right season or has been saved for a long time.

When cooking bell peppers, wash it in clear water to remove impurities and dust before removing the stems and seeds. If you cook with the round shape of bell peppers, you can easily remove seeds by pressing the tip inward with your thumb to make it go inside the shell, twist it, and remove it.