Hello, the superfood I’m going to introduce today is tomato. In Europe, there is a saying that “When tomatoes ripen red, the doctor’s face turns blue.” It means that tomatoes are healthy enough to threaten doctors’ business. 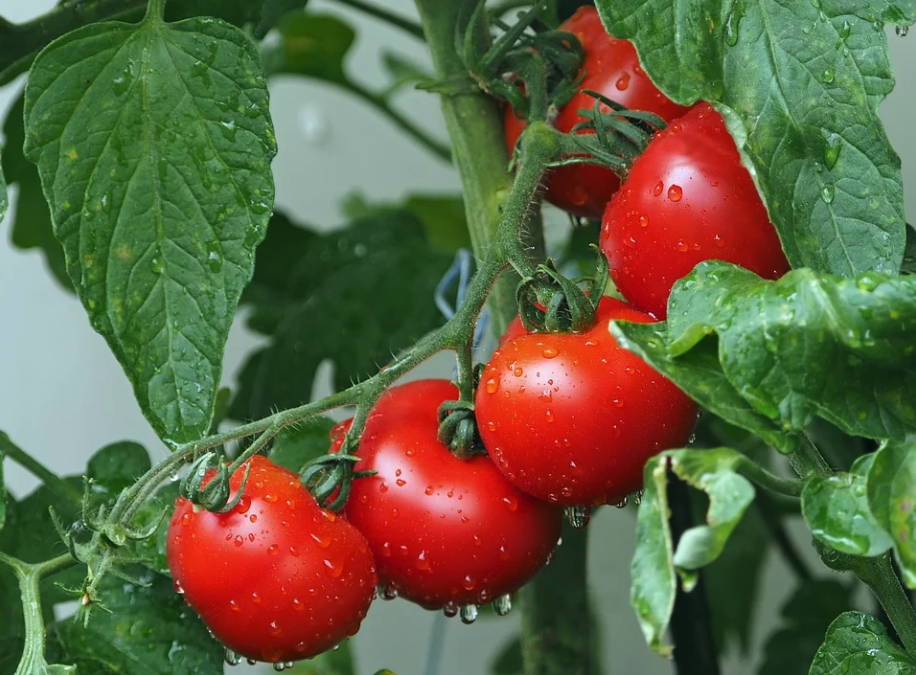 Tomato is also known as the secret to the longevity of the people of Bilkabamba in the Andes Mountains, famous for being the world’s top three longevity villages. Tomatoes are vegetables that are so valuable and popular as ingredients that more than 5,000 varieties are grown worldwide. From now on, we will learn about tomatoes, the world’s top 10 superfoods.

Tomatoes were initially grown mainly for ornamental purposes due to their distinctive vivid red color, but began to be actively used as ingredients for food in the 1700s. Lycopene, a red ingredient in tomatoes, is a strong antioxidant that removes free radicals, makes cells healthy, and strengthens our body’s immune system.

Therefore, it can be said that ripe red tomatoes are more beneficial in terms of nutrition than green tomatoes. Tomatoes were controversial because the criteria for classifying whether they were vegetables or fruits were unclear. There was even a legal dispute over this in the United States.

At that time, as part of its farmers’ protection policy, fruits were subject to a 10% tariff on duty-free vegetables, but New York Customs classified tomatoes as vegetables and imposed tariffs, which led to the Supreme Court. The U.S. Supreme Court ruled that tomatoes are fruits in terms of botanical terms, but tomatoes are considered vegetables because they are ingredients for staple food rather than desserts.

Then let’s find out about the nutrition and efficacy of tomatoes. First of all, tomatoes have low calories of 20 kilocalories per 100 grams and contain a variety of nutrients, making them suitable for dieters and diabetics. Tomatoes contain ingredients such as citric acid, apple acid, pumpkin acid, amino acid, routine protein sugar, calcium iron, vitamin a vitamin b1, vitamin b2, vitamin c dietary fiber, etc.

It has a lot of nutrients. Among them, vitamin c is said to be able to consume about half of the recommended daily intake by taking only one tomato. The potassium content is also very high, making it easier to discharge sodium from the body, and routine ingredients strengthen blood vessels and lower blood pressure.

Tomatoes also contain an ingredient called glutamate, a type of amino acid, which is good for relieving fatigue and stress by suppressing lactic acid accumulation. And the tocopherol component of tomatoes is excellent in preventing aging and has a high factin content, which is also effective in constipation.

However, the biggest reason tomatoes are considered superfoods is because of the lycopene ingredients. The red color of tomatoes is due to a substance called carotenoids, especially lycopene.

Red tomatoes contain 7 to 12 mg of lycopene, which releases free radicals that cause aging and keeps the cells young. Lycopene also has the effect of preventing cancer of digestive systems such as breast cancer and stomach cancer in men and women with prostate cancer. In fact, in the West, it is said that there is no gastric cancer in families planting tomatoes. In addition, lycopene releases toxic substances from decomposing alcohol, so it is a good idea to drink tomato juice or drink tomatoes as a liquor before drinking any other alcohol.

Lycopene is a powerful antioxidant that prevents the formation of blood clots, which also prevents stroke muscle infarction. Studies have shown that in a survey of 1,300 men in Europe, the group that consumes the most lycopene has halved its risk of heart attacks compared to the group that eats the least.
In addition, a five-year study of 48,000 Americans aged 40 or older by a research team at Harvard University found that those who ate tomato dishes more than 10 times a week had a 45% lower risk of prostate cancer than those who ate less than twice a week.

How to Properly Eat Tomatoes

Rather than just eating tomatoes as raw fruits, boiling or mashing them strengthens the sweetness and increases the absorption rate of lycopene, an antioxidant, so you can maximize taste and nutrition through heating cooking.

For example, the absorption rate of lycopene in tomato sauce is five times that of raw tomatoes. There is a common misunderstanding about the nutrition of tomatoes, and there is a saying that if you sprinkle sugar on tomatoes, nutrients will be destroyed. This is not true.

When sugar is consumed, vitamin b is consumed during the metabolism of sugar, so sprinkling sugar on tomatoes reduces the absorption of vitamin b in the body a little among the nutrients of tomatoes, but it does not destroy the nutrients. Except for this vitamin b, other tomato nutrients are not very related to sugar.

Of course, if you sprinkle too much sugar and consume a lot of sugar, it may not be very good for your health, but it means it’s okay to add a little sugar to the taste.

How to Pick Tomatoes
Good tomatoes are not too large and have a fungus in shape, and when you touch the fresh stem, it feels good and healthy. Tomatoes are prone to mold on the tips, so you should take a close look here when purchasing them. When tomatoes are cut, they must be of high quality and there is no moisture in the pulp and no purulent differentiation, so it is a good tomato. In addition, if you are mixed with pests or wounds, it will rot quite a bit and your lungs will be transferred to intact tomatoes, so you should take a good look and choose.

Premature tomatoes contain toxic solanine, such as potato sprouts, which can also cause dizziness and vomiting diarrhea. Therefore, if you purchase green tomatoes, it is recommended to eat them at room temperature if possible.

When tomatoes are used in soup or sauce, the skin and seeds must be removed to remove the tough texture of the skin. When peeling, put a thin cross-shaped sheath in a round part under the tomato, blanch it slightly in boiling water for about 10 seconds, and cool it down in cold water to peel the skin very well.

To remove the seeds of tomatoes, cut them in half and gently scratch them with your fingers. When storing tomatoes, it is recommended to keep the stems facing down and not overlap each other. If you store it at room temperature, you should put it in a basket and leave it in a well-ventilated place.

When storing in a refrigerator, it is recommended to store it in a fresh place of 5 to 10 degrees Celsius or use vegetable compartments in the refrigerator. If you freeze it and save it, you can store it for 1 to 2 months. At this time, peel, remove seeds, and freeze them to make it easier to use in cooking right away.

So far, we’ve learned about tomatoes, which have been considered superfoods.